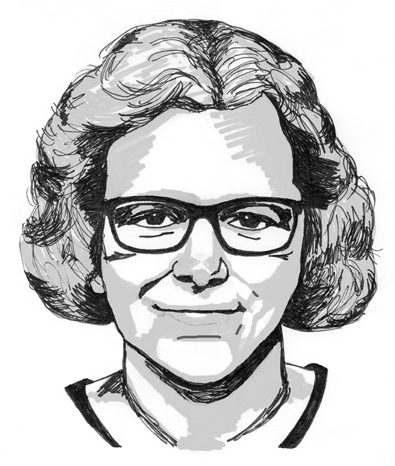 Of the four chairs that usually stood around the kitchen table, one was missing this morning. That was strange. While looking around for the chair with her brother, she found a note from their mother on the kitchen table. That was even stranger. Mother had written that she would be out all day and not be home until late, that they should not be worried.

On social media a video appeared that was made in the early light of the rising sun using a drone. A curious circle of empty chairs was lined up around the large roundabout just outside the capital. All supply and discharge routes to and from the center were closed by crush barriers, well outside the circle of chairs. The asphalt and grass within the circle contained a colorful collection of people, vehicles and tents. The images were shared thousands of times within minutes and were met with amazement. What did this mean?

The truck driver let out a big sigh and texted his boss: ‘It’s going to take a long time today, I’m already in a traffic jam.’ ‘This early in the morning? What’s going on?’, his boss replied incredulously. He got out, took a picture of the endless rows of cars and sent it: ‘I don’t know!’. ‘Damn it!’, was the short answer.

Later in the morning new images surfaced. The seats were no longer empty, women were sitting on them, only women. Facing the ever-increasing rows of vehicles behind the crush barriers, a motley collection of women of all ages and all walks of life sat, on kitchen chairs, garden chairs, or even plush armchairs, their arms folded or their hands in their lap. They all looked friendly ahead of them in silence.

‘… the 10 o’clock news. The curious seated blockade women, who have now occupied the roads to and from our city for hours with their as yet mysterious action, still haven’t made a statement about their motives. They keep silent and do not seem to care about the uproar and inconvenience they cause. In our next broadcast we hope to tell you more about their motives. In the meantime, we advise you not to hit the road; traffic around the city is completely stuck!’

‘Hey, mom is sitting there!’ her brother calls out in surprise, enthusiastically shoving his phone under her nose.

More and more photos and videos of the blockade women are flooding the internet. The country is fascinated by the images, made from drones and from behind the blockades, by the press and by stranded drivers. Oddly, no one tries to enter the circle of crush barriers; even local and national media reporters keep their distance. The friendly calm of the women commands respect.

Meanwhile, the country’s president tries in vain to ridicule the women via Twitter.